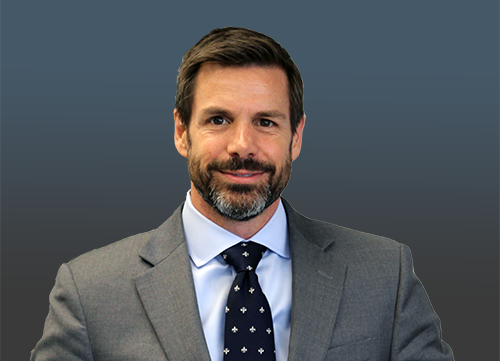 Rick has been practicing law in Louisiana since 1998.  After graduating from Loyola University New Orleans College of Law, he began his career representing insurance companies and corporations in property and casualty cases.  He taught seminars to insurance claims agents on Louisiana law and served as part of the catastrophic response team for tractor-trailer companies who needed rapid response and investigation on Louisiana accidents involving tractor-trailers, and represented those companies through trial. He also represented workers compensation insurance companies and their insureds in workers compensation litigation.

After more than a decade of practice,  Rick chose to pursue what has become a far more rewarding practice of helping the victims of property and casualty accidents - individuals and businesses alike.  Since then he has helped hundreds of people and businesses recover their damages after losses.  Rick is selective about the cases he accepts.  He personally handles each loss and prides himself on building a relationship with his clients so that each case is fully developed.  This, along with his knowledge of how insurance companies think and operate, allows him to maximize each client's recovery to the fullest extent allowed by law.

Rick brings the same commitment to personal injury cases as well. Rick is experienced in handling personal injury cases, including wrongful death, auto accidents, truck accidents, slip or trip and falls on a premises, and defective products. Rick has successfully represented clients in both federal and state courts across Louisiana. Insurance companies will try to drag out these claims forever so that they don’t have to pay for as long as possible. Rick handles cases aggressively and efficiently so that his clients can recover as soon as possible.

Rick also has represented clients in property damage and business loss claims. Whether it’s hurricane damage, fire, or environmental disasters like the BP oil spill, Rick has brought claims on behalf of people and businesses to fully recover their damages. Often, these types of claims are different in the sense that the claim is made against the client’s own insurance company, which brings additional possible damages when insurance companies don’t act fairly in adjusting and paying the claim. Rick has experience in the nuances of these claims and a history of maximizing recoveries.